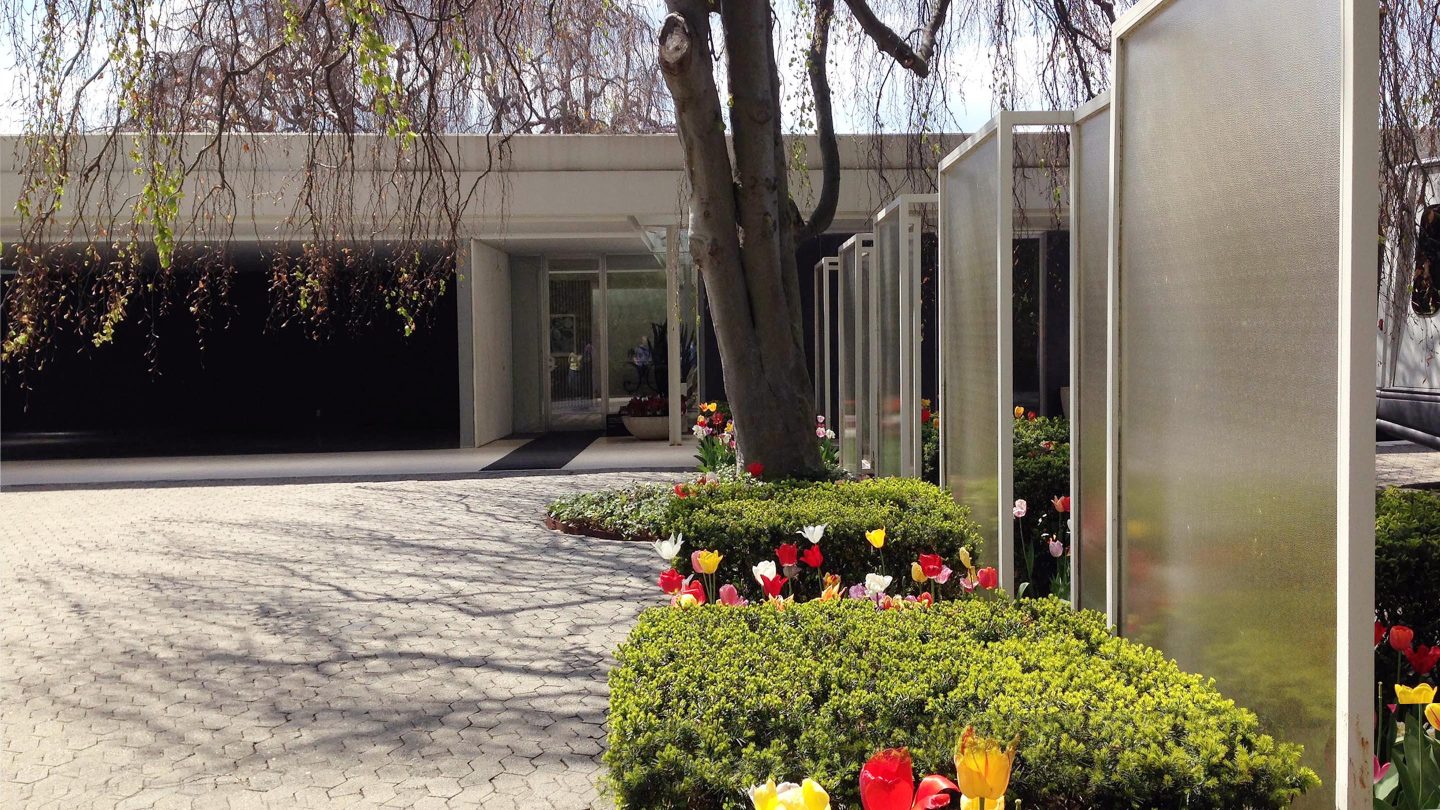 During a beautiful day in mid-October, my Interior Designer wife, Cindy Herr-Pino, and I took a nice one (1) hour relaxing drive to Columbus, IN to go tour the Miller House & Garden.  In case you didn’t know already, Columbus, IN has been nicknamed, “The most diverse city in Indiana”, and we truly got to witness it all afternoon. After our Miller House Tour (to be covered in more detail below), we took in a nice hot fudge sundae dessert at Zaharakos (a famous old-fashioned ice cream parlor & soda fountain), and then walked over to the Diversity Festival – along with almost all the other 46,000 residents of Columbus, IN.

Getting back to the Miller House Tour …

Unfortunately, you just can’t walk in the front door, pay the $25.00 registration fee and join the tour.  For her birthday, Cindy wanted to tour the Miller House & Garden, but she had to make reservations a month in advance, and the earliest we could get an open slot was October 14th … a month later, so plan ahead.

The Miller House, is a mid-century modern home, designed by Eero Saarinen, a 20th-century Finnish American architect and industrial designer noted for his neo-futuristic style. Saarinen is also known for designing the TWA Flight Center in New York City and the Gateway Arch in St. Louis, Missouri.

The residence was commissioned by American industrialist, philanthropist, and architecture lover, J. Irwin Miller, Chairman of Cummings Engine and his wife, Xenia Simons Miller, in 1953.  Miller supported modern architecture in the construction of several buildings throughout the city of Columbus, Indiana.  The design and construction on the Miller House took four (4) years and was completed in 1957. The home was declared a National Historic Landmark in 2000. The Miller family owned the home until 2008, when Xenia Miller, the last resident of the home, passed away.  The estate is available for all to tour because it is now owned and maintained by the Indiana Museum of Art for all to share in its beauty.

What you see is out of this world …

“As a tour de force of …modernism, the Miller House … is in a class all its own.” A quote from The Magazine Antiques.”

The Miller House exemplifies the modernist architectural tradition developed by Ludwig van der Rohe, with its open and flowing layout, flat roof, and slate and glass exterior walls. The interior of the home, is designed with four non-public areas branching off from a central space, which features a conversation pit. These four branches include rooms for the parents, the children, the guests and servants, and utilitarian areas (kitchen and laundry). The floorplan avoids a conventional organization, instead displacing the hierarchy of the rooms with a more functional geometrical arrangement with a grid pattern of skylights, supported by sixteen free-standing cruciform steel columns, showing concern for the play of light and shadow. An awesome cylindrical fireplace, a 50-foot long storage wall, and the sunken conversation pit are key elements of the modern design of the central space.

The completed house was photographed in 1958 by Ezra Stoller for an article that appeared in The Architecture Forum.

A quote for all ages by William Miller, son of J. Irwin Miller: “The way real design gets done is through a collaboration, and if you have informed clients, then the best architects will tell you that’s when they do their best work; and it is a collaboration between the designer and the client … it is neither of their individual creations.”

Eero Saarinen was the lead architect and Kevin Roche was associate designer of the Miller House, a wonderful collaboration of two great minds. Alexander Girard was the interior designer and responsible for the design of all the area rugs, fabrics and the art and accessories as well as the furniture and all interior finishes.

The gardens and the trees, shrubs and flowers on the property were all selected and perfectly placed by Dan Kiley, a renowned landscape architect. Trees run parallel to the house rather than perpendicular.  The exterior was designed with three distinct sections, woodlands, grasslands and gardens.  A pool was later added after their youngest son was old enough to swim alone.

Mr. Irwin was an extraordinary client with a great interest in design and an unlimited budget!

The house was designed for the family of seven, five children and the parents, a guest wing and large areas for entertaining both inside and outside on the large acreage, originally 13 acres.  There was a carport rather than a garage, heated floors with drains and it is completely covered and easily accessible to the home.

The interior was planned to the smallest detail.  Nothing was overlooked.

Arts and crafts from around the world were incorporated into the total design. Every single item was special, peculiar and specific to the house. There is a sensibility to the design. Floors are travertine in all the public areas with white Alabama marble cut in book match for interior walls. Full height and width glass walls line most of the perimeter.  The bedroom wings have terrazzo floors with colorful one of a kind area rugs.

There are three themes throughout. A geometric grid of nine is repeated in all designs both inside and out. None of the walls are load baring. Everything appears to float! The color scheme is gray and white accented by color through fabrics, textures and the arts.

The iron entrance gate was added in 2009 by the IMA.  If you look closely you can match the design used to the supports in the ceiling of the home.  The driveway and walkways are custom pavers from Switzerland. The exterior wall finish is Virginia Slate. There is a large white overhang that surrounds the home at the roof line.  The roof is flat, and all the mechanics are housed and disguised on the roof and under the cornice. Beauty is everywhere.

The main living area is full of natural light through the glass window walls and skylights and overhead cove lighting. There are no shadows in the interior space by design.  The cylinder fireplace is quite a show stopper.  It is wood burning and is open all the way around the perimeter with a chain screen. It also acts as drainage for the flat roof. Quite an engineering feat.

The residence was placed on the national historic register in 2000 while the home was still occupied by the Miller’s. You can tour the home with a reservation on Thursday, Friday and Saturday during November & December. Then the home closes until the springtime.

Fun facts about the Miller House:

The 1,200-square foot basement is used just for storage. 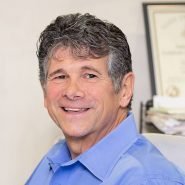